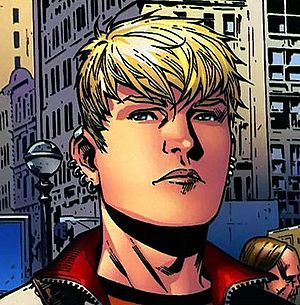 Zeran is the Half-Human son of Toth in Magic's Blade and was born through a primitive version of the Dark Ritual, as it was primitive Blood Magic the father was killed in the transfer of the Old God's Physical Essence (or the unnamed mother killed the father afterwards), though a son of Toth he is also potentially the son of Urthmiel since it was possibly Flemeth (Urthmiel's Dark God Vessel) that was his Mother.

Zeran's personality is based off a classic pure youth whom wants to do what is just and necessary to help the people, that desire led him to Adrian after hearing the rumours about the youth's combating the cruelty forced upon Mages by the Chantry and the desire for equality among all sub-races, this caused him to meet Deren Frethor. 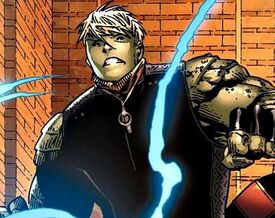 Zeran's Divine Dragon persona claimed Deren his mate which the Dark God took in pace, Zeran has shown some knowledge of the world because of the fact that he has lived over 200 Years and has come to understand how the world works, he admits that he used his powers in the past to survive in the High life through intimidating and impersonating important people throughout history.

Zeran is a youth with Blond hair and light blue-green eyes, he is physically tall for his eternally young state and those whom don't know his descendent background question if he has Qunari Blood in him, he is physically strong and powerful even in human form - even more so than the chosen hosts of the Old Gods: the later Dark Gods. Because of his powers, he has the ability to Shapeshift into other Human Forms and into a Half-Dragon Half-Human State which is the form he takes for combat.

Birth and the last 200 Years

The 5th Blight and the Dark Gods

Retrieved from "https://dragonagefanon.fandom.com/wiki/Zeran_Batrox_(Magic%27s_Blade)?oldid=4032"
Community content is available under CC-BY-SA unless otherwise noted.