"Lords and ladies of the court, I hereby introduce His Royal Majesty, King Alistair of House Theirin, First of His Name, Lord of the Landsmeet, Defender of the Chantry, and Protector of the Realm."
―Grand Cleric Elemena

The King of Ferelden (feminine equivalent being Queen of Ferelden) is the most powerful noble and ruler of Ferelden.

Although Denerim was originally the official "teyrnir of the King", it has since been changed to a separate noble's arling, as the king's domain is all of Ferelden. However, even the monarch's power must derive from support throughout the land. The sight of a King asking for, and working to win the support of, "lesser" nobles is a source of constant wonder to foreign ambassadors.

The monarch of Ferelden resides in the capital city Denerim at the royal palace.

The King or Queen is formally addressed by his subjects as "Your Majesty" and in official events referred to employing the following structure: King/Queen "_________" of House "_________" the "ordinal number" of His/Her Name, Lord/Lady of the Landsmeet, Defender of the Chantry and Protector of the Realm. 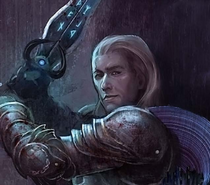 Maric Theirin led the rebellion against the Orlesian Empire and restored House Theirin as the royal family of Ferelden. 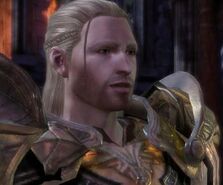 Cailan Theirin was crowned King of Ferelden after his father Maric suddenly disappeared. 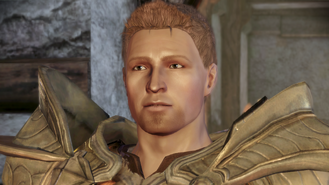 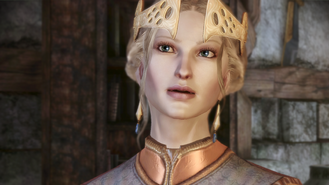