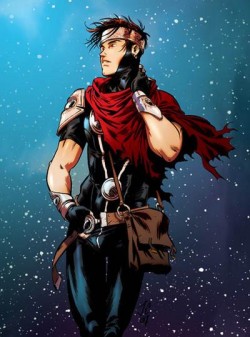 Deren Frethor is the son of a Tevinter Magister in the Magic's Blade and host of Dumat's second (Razikel's First and only) Son: Buer - Old God Lord of philosophy and logic, as the son of Dumat and Razikel he is therefore Spiritually the son of Adrian Pentaghast (Cousland) and Zodiark whom he refers as, he is powerful in the Magic Arts and has recently awoken to his Dark God nature after catching the Taint and being adopted by a rogue Darksider whom he killed after the integration - Deren is therefore powerful in the Dark Magic Arts including Blood Magic.

Compared to his parents which are either Prideful (Adrian/Dumat) or Insultingly Arrogant (Zodiark/Razikel), Deren sees himself as an optimist that has enough power to keep his own in battle despite his magic powers being questionably successful, Deren even admits that some spells are never granted to work exactly as they were intended and therefore if Deren were to close concentration then the chosen spells may go out of control.

Despite this, Remeth has taken it upon himself to help train Deren in the Magical Arts in hope that the youth will one day become quite powerful in the arts and have enough power to take the lead in a Mage Revolution, though under-experienced it seems that that very Revolution has been thrust upon him as he leads the Mage Rebels in the Free Marches and has someone liaison with a known Sentient Abomination: Anders. Deren can also be quite snarky, commenting on something his lover says before adding onto it or stating that it is obvious, Deren himself has a God Complex though he would never admit it.

Deren is a youthful Mage with a lithe body, Brown Hair and Brown Eyes, a Magister-class Mage whom has come to be a Master at casting Magic through his hands without requiring a staff to a similar strength. His Robes and Hood are unique as they do not hide as much skin and are leather tight, his robes are black and he wears a red scarf/cape that is enchanted with a spell that causes invisibility to enemies when said a specific word as well as enhances Blood Magic. Deren has an Enchanted Bag in which he stored magical documents, Book, artefacts and amulets; the enchantment shrinks those placed in to to give it much more space and less weight.

Retrieved from "https://dragonagefanon.fandom.com/wiki/Deren_Frethor_(Magic%27s_Blade)?oldid=4036"
Community content is available under CC-BY-SA unless otherwise noted.